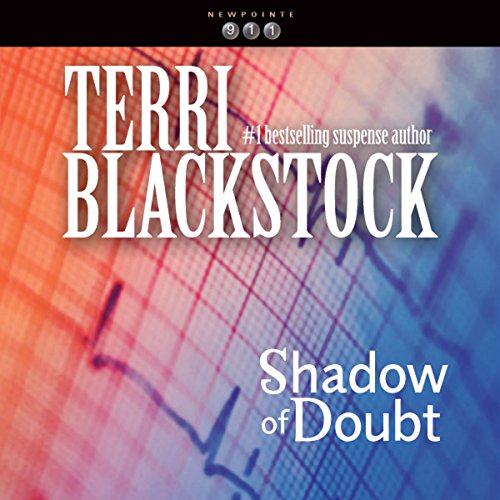 A poisoned past. A bitter present. Is Celia a murderer...or a victim?

Detective Stan Sheperd lies comatose in the hospital, a victim of arsenic poisoning. The Newpointe police have a suspect: Celia Shepherd, Stan's wife.

Celia is no stranger to such charges. When her first husband died of poisoning, a technicality scuttled the case against her, and Celia got off scot-free. Now it looks like the same old story - only this time, the motive appears plain. An old flame has moved into town under circumstances bound to raise suspicion. And that's just for starters. More evidence is gathering that can put Celia away for good.

But attorney Jill Clark thinks the pieces of the puzzle fit together a bit too neatly. Either her client's Christian faith is a sham, or she's the victim of a deadly frame up - and the real killer is still afoot.

Shadow of Doubt is book two in the Newpointe 911 suspense series by award-winning novelist Terri Blackstock. Newpointe 911 offers taut, superbly crafted novels of fear, faith, and close-knit, small-town relationships, seasoned with romance and tempered by insights into the nature of relationships, redemption, and the human heart.