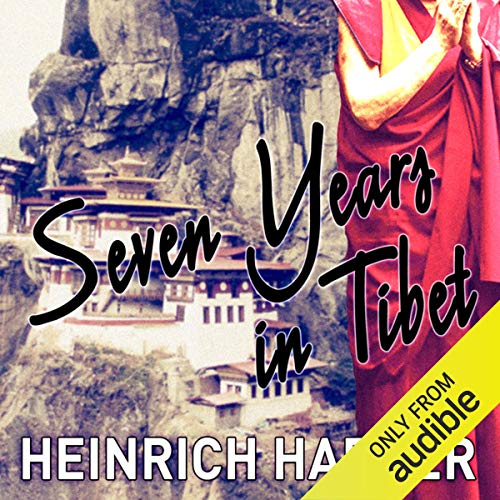 A landmark in travel writing, this is the incredible true story of Heinrich Harrer’s escape across the Himalayas to Tibet, set against the backdrop of the Second World War. Heinrich Harrer, already one of the greatest mountaineers of his time, was climbing in the Himalayas when war broke out in Europe. He was imprisoned by the British in India but succeeded in escaping and fled to Tibet. Settling in Lhasa, the Forbidden City, where he became a friend and tutor to the Dalai Lama, Heinrich Harrer spent seven years gaining a more profound understanding of Tibet and the Tibetans than any Westerner before him.

Seven Years in Tibet was translated into 53 languages, became a best seller in the United States in 1954, and sold three million copies.

"It deserves its place among the few great travel stories of our times." ( The Times)
"Few adventurers in this century have had the combined luck and hardihood to return with such news as this. Fewer still have rendered it so powerfully unadorned." ( Times Literary Supplement)
"Some books, like some mountains, are lonely and unrivalled peaks. This is one of them." ( Economist)