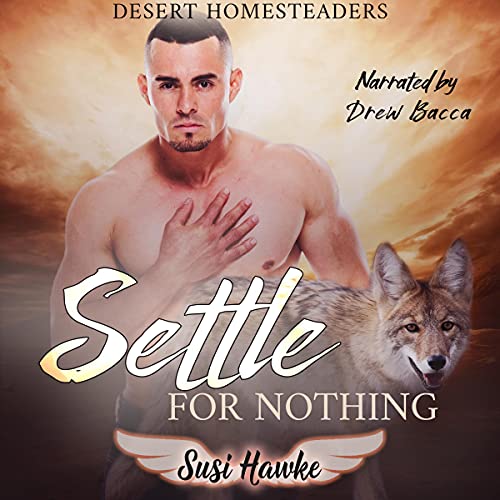 What do I want in a mate? Absolutely nothing.

Silas Jones has no interest in getting a mate, fated or otherwise. At 22, he’s alone in the world...or would be without the quirky pack of desert homesteaders who’ve become his family. Who needs more than that? Not Silas. Everyone else can partner up and risk loving the wrong person; he’s not judging. To each their own, but it’s not what he wants for himself. Ever. Nope, Silas is quite happy being a lone coyote. Maybe one day, it’ll stop feeling lonely in the wee hours. Or he could get a dog.

Daniel Atkins never planned to add stalking his fated mate to his to-do list. But what’s a guy to do when his fated mate takes one sniff in his direction and turns the other way? He’s dying to get all the info on Silas, see what makes him tick and figure out why his mate is so skittish. But first, he needs to get his inner beaver to calm down and stop demanding they keep eyes on their omega.

If Silas is in danger, Daniel needs to be on guard. Hmm... Is it really stalking if he’s keeping a protective watch?

Return to the hills above Cottonwood, Arizona, where every shifter has a bit of special magic and the pack of homesteaders, preppers, and loners who are a lot nosier about each other’s lives than they’d care to admit. Because, no matter their differences, pack means family.

This 31k novella is the second in this short-listen series. This world contains mpreg, but won’t have a birth in every book due to the short timelines. Be prepared for side-splitting laughs, a few tears, shifter-on-shifter violence, and a group of people who know that family always comes first. Also, all the feels you’d expect from a Susi Hawke original.