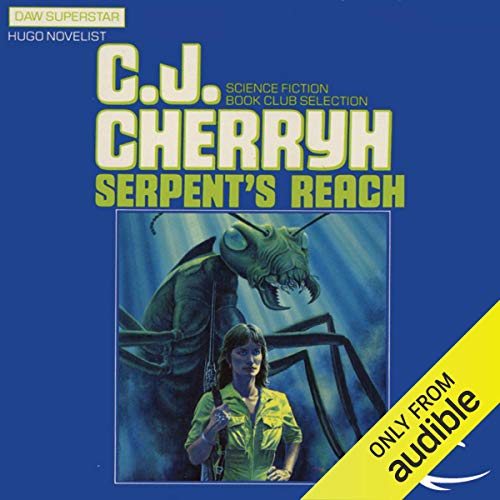 The constellation of Hydri, also called the Serpent, became an undesirable destination during the era of humanity's most prolific interstellar colonization. For Hydri was under strict quarantine because it harbored an intelligent and dangerous alien race, the insectoid majat. Yet human colonies predating the quarantine did exist in this sector of space, which they called Serpent's Reach. Cut off from others of their own kind, they had their own inbred culture and special relationships with the alien majat.

Raen was the only survivor of the massacred Sul family, and she had made a pledge to devote her life to seeking vengeance for her slain clan. Her thirst for revenge would take her not only across the worlds of the Reach, but into the very center of an alien webwork that knit the stars of the forbidden constellation into a complex of interbred alien hives that no outsider could hope to unravel, and where most of humanity dared not go.

"For interesting aliens, try Cherryh's Serpent's Reach. In it she has created what may be the first sympathetic hive mind in SF. Cherryh has successfully avoided almost all the mystic pseudoscience claptrap inspired in her predecessors by Earth's social insects. She has achieved a Hive intelligence that makes sense. I congratulate her and I look forward to her attempt to top it." ( Analog)