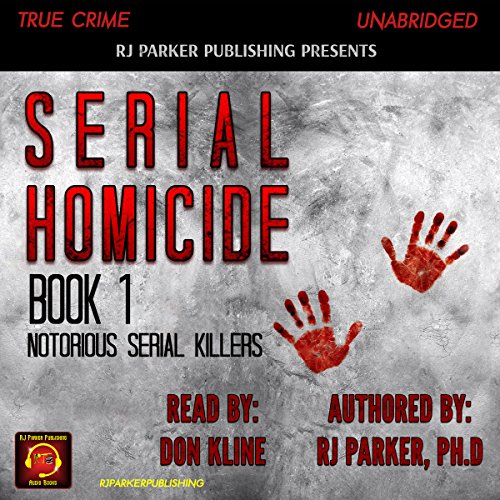 This is the first book in the Serial Homicide series which will feature six notorious cases in each volume.

Ted Bundy was a burglar, rapist, kidnapper, necrophiliac (sexual intercourse with a corpse) and serial killer in the 1970s. It's believed he killed 30 plus women. Jeffrey Dahmer (the Milwaukee Monster), was a rapist, killer, necrophiliac, and cannibal who killed 17 young boys and men between 1978 and 1991. Albert Fish was a child rapist, cannibal, and serial killer who operated between 1924 and 1932. It's believed that he killed at least nine children and possibly more. During the 1980s and '90s, Gary Ridgway (Green River Killer), a serial killer and necrophiliac, is believed to have killed 49 women, but confessed to murdering 71. Between 1978 and 1983 in the United Kingdom, Dennis Nilsen (The Kindly Killer) is known to have killed between 12 and 15 young men. He had a ritual of bathing and dressing the corpses, preserving them for a time before dissecting and disposing of his victims by either burning them in a fire or flushing their parts down a toilet. Known as the Co-Ed Butcher, Edmund Kemper was a cannibal, necrophiliac, and serial killer who, between 1964 and 1973, killed 10 women including his mother, whom he beheaded, and used her head as a dartboard and for oral sex.