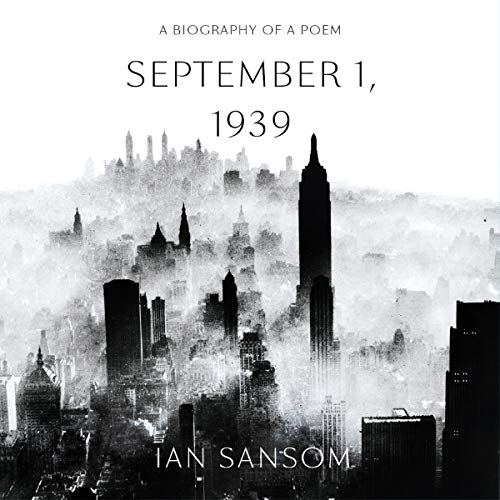 This is an audiobook about a poet, about a poem, about a city, and about a world at a point of change. More than a work of literary criticism or literary biography, it is a record of why and how we create and respond to great poetry.

This an audiobook about a poet, W. H. Auden, a wunderkind, a victim-beneficiary of a literary cult of personality who became a scapegoat and a poet-expatriate largely excluded from British literary history because he left.

About a poem September 1, 1939, his most famous and celebrated, yet one which he tried to rewrite and disown and which has enjoyed or been condemned to a tragic and unexpected afterlife.

About a city, New York, an island, an emblem of the Future, magnificent, provisional, seamy, and in 1939 about to emerge as the defining 20th century cosmopolis, the capital of the world.

And about a world at a point of change, about 1939, and about our own Age of Anxiety, about the aftermath of September 11, when many American newspapers reprinted Auden's poem in its entirety on their editorial pages.

An entire book devoted to Auden’s great poem, told with verve and humor. Samson is good company to keep.