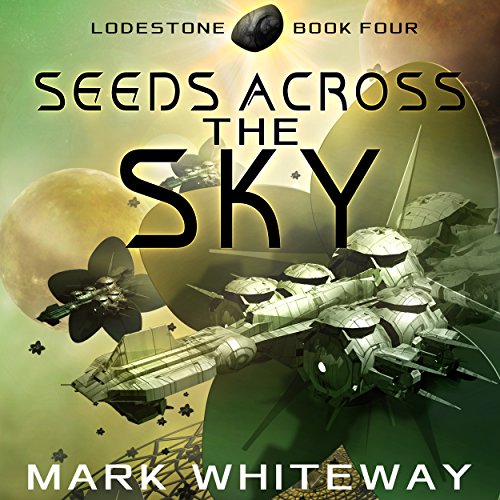 Seeds Across the Sky

Seeds Across the Sky

Five planetary turns have passed since Humans were driven from the planet Kelanni. Keris learns of an ancient record that purports to tell the true origins of her people, and of a being named Ash who has manipulated their development for his own purposes. But is the record true, or merely another cynical attempt by Humans to exploit the power of Lodestone...?

The first Lodestone trilogy saw Keris of the Kelanni join a ragtag band to combat the 'alien' invasion of her world.

Five turns of the season have now passed. Keris receives a disturbing report of the theft of an ancient artifact. The perpetrator? Alexander McCann, the last human left on Kelanni!

When she tracks him down in a liquor den, the drunken McCann spins a fantastical tale. An ancient sphere recording claims that her people, the Kelanni, are alien invaders just as the humans were. Worse yet it tells of Ash, an all-powerful alien being, who almost destroyed her world in the in the distant past.

Accompanied by McCann, Keris must travel to the ancient ruined city of Gal Mador, uncover the truth of her people's dark past, and find a way to defeat an invincible alien foe.