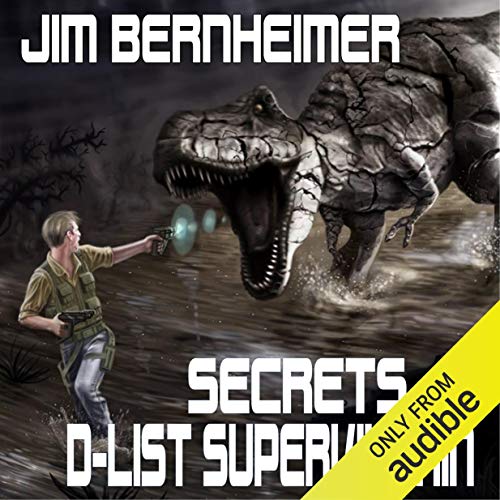 Secrets of a D-List Supervillain

Cal Stringel may be dead to the world at large, but a select few know that he's still alive and in control of the most powerful suit of battle armor ever created. He's part of a rogue superteam taking the world by storm and changing the dynamic for both heroes and villains alike. With change comes resistance, and those holding control and power are not ready to just hand it over without a fight.

For the former D-list supervillain, it's time to break out the spare synthmuscle, charge the massive railgun pistol, and bring the pain. With his new team, he thinks he can take on the world, but is Cal biting off more than he can chew? He must deal with sanctioned hero teams and power-mad bureaucrats on one side and the major supervillains of his world on the other.

As Cal and his allies ready themselves to face friend and foe, he will also have to deal with his relationship with Stacy Mitchell, also known as the Olympian, Aphrodite. Separated for more than a year, they've only just reunited and are faced with the prospect of being on opposite sides of the coming conflict. Can they find enough common ground between the secrets and half truths to sustain their fledgling relationship, or are they doomed like the last time to crash and burn?

Find out in Secrets of a D-List Supervillain.