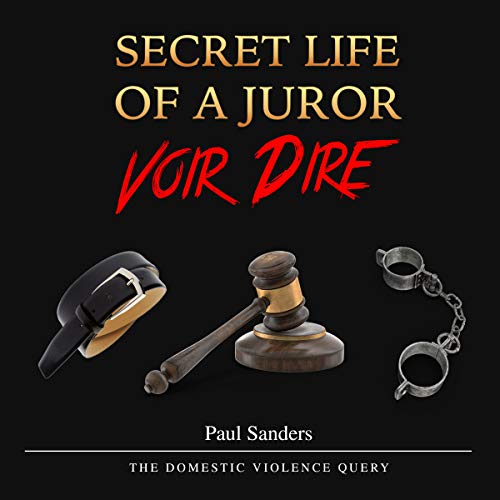 On January 23, 2014, the author reported for jury duty without taking notice to the media vehicles lined in front of the courthouse. He checked in unaware that 1,200 others were also being counted as potential jurors. He did not know when he walked into the courtroom that the case of premeditated murder would change his life. It would seem that the most important question of the day, as asked to every potential juror, was whether he could, if the circumstances were correct and the law dictated as such, apply the death penalty to the defendant?

The most critical question, however, came during the written questioning process of voir dire, a tool for the court to determine whether a potential juror would be a final decision maker. The question was simple: had he ever experienced domestic violence as an adult or juvenile?

The answer would force the juror to face a past painted with child abuse and a future framed by shame. He had to confront the demons that would eventually impact his decision of whether the defendant should live or die.

Award-winning author and former death penalty juror Paul Sanders does it again in his juror's perspective series that began with the best-seller, Brain Damage: A Juror's Tale and continued with Why Not Kill Her: A Juror's Perspective and riveted fans with Banquet of Consequences: A Juror's Plight.

Secret Life of a Juror: Voir Dire is not as much about an infamous killer but about the sacrifices and truths a juror must confront before deciding the fate of another.