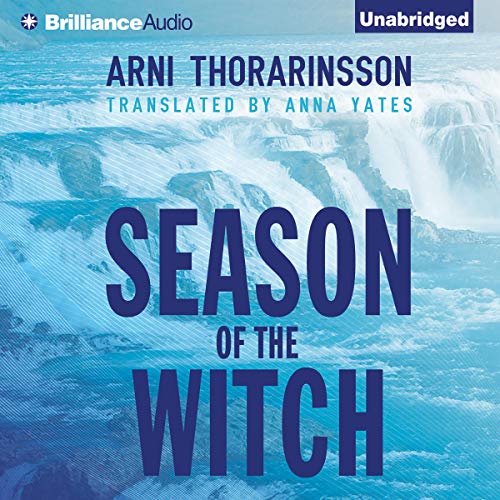 Season of the Witch

An inconvenient reassignment has landed Reykjavík crime reporter Einar in the small northern town of Akureyri, where his biggest story to date has been the college stage production of Loftur the Sorcerer, an Icelandic folktale of ambition and greed. But that supposedly ancient history becomes ominously relevant when an unexpected new story lands in Einar’s lap: A local woman dies after falling overboard during a corporate boating retreat. All evidence suggests an accident, but when the victim’s mother cries foul play, kindhearted Einar agrees to investigate.

Days later, the lead actor in Loftur vanishes, leaving the locals reeling - and Einar unconvinced that a single village could be so accident prone. Keenly perceptive and hungry for the truth, he begins to chip away at the small-town facade, uncovering a tangled and all-too-modern web of power and greed that threatens to devour the historic community once and for all.