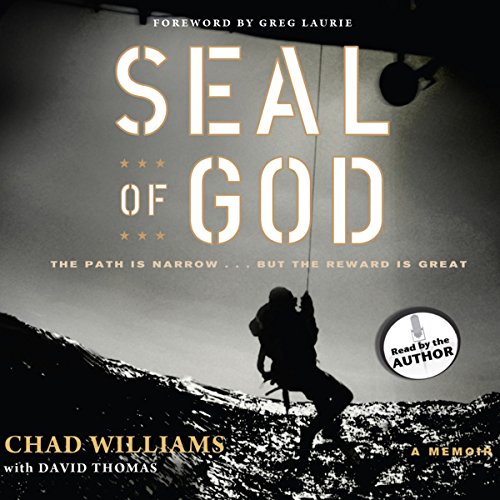 Just days before Chad Williams was scheduled to report for basic training at the Great Lakes naval base, he turned on the television and was greeted with the horrifying image of his mentor and training partner, US Navy SEAL Scott Helvenston, being brutally murdered in a premeditated ambush on the streets of Fallujah, Iraq. Steeled in his resolve, Chad committed himself to completing the US military’s most difficult training to become a Navy SEAL - and avenge his friend’s death.

One of only 13 out of a class of 173 to make it straight through to graduation, Chad went on to serve on SEAL Teams 1 and 7, completing tours of duty in the Philippines, Saudi Arabia, Bahrain, and finally Iraq. There, Chad’s journey came full circle when his team was ambushed by enemy machine gunners - close to the same road where his hero had been killed five years earlier.

SEAL of God follows Chad’s extraordinary journey through 25 grueling weeks of BUD/S training and onto the hostile streets of Al Anbar Province, Iraq, where he witnessed the horrors of war up close. Along the way, Chad shares his own radical conversion story and discovers the true meaning of ultimate sacrifice.