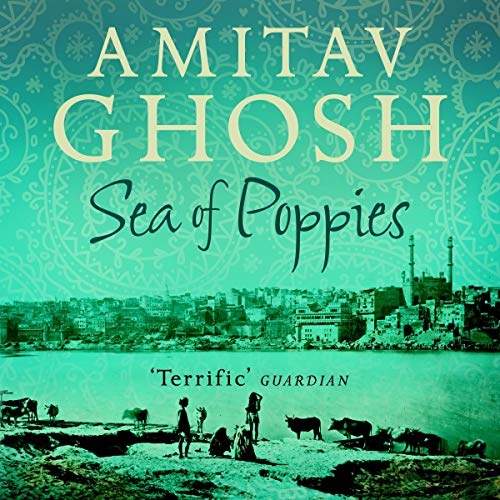 At the heart of this epic saga, set just before the Opium Wars, is an old slaving-ship, The Ibis. Its destiny is a tumultuous voyage across the Indian Ocean, its crew a motley array of sailors and stowaways, coolies and convicts.

In a time of colonial upheaval, fate has thrown together a truly diverse cast of Indians and Westerners, from a bankrupt Raja to a widowed villager, from an evangelical English opium trader to a mulatto American freedman. As their old family ties are washed away they, like their historical counterparts, come to view themselves as jahaj-bhais or ship-brothers. An unlikely dynasty is born, which will span continents, races and generations.

The vast sweep of this historical adventure spans the lush poppy fields of the Ganges, the rolling high seas, and the exotic backstreets of China. But it is the panorama of characters, whose diaspora encapsulates the vexed colonial history of the East itself, which makes Sea of Poppies so breathtakingly alive - a masterpiece from one of the world's finest novelists.

great story, engaging and gripping. Awesome work by Amitav Ghosh. The speaker though I felt could have done a better job.