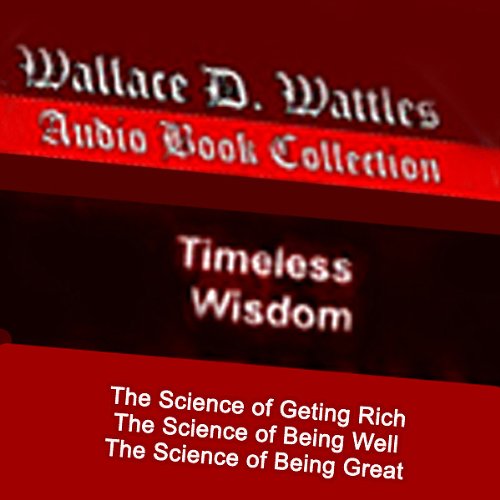 Science of Getting Rich Trilogy

Science of Getting Rich Trilogy

Wallace D. Wattles has helped millions of people achieve financial success. He was born in the U.S. shortly before the Civil War. Later in life, he took to studying the various religious beliefs and philosophies of the world, including those of Descartes, Spinoza, Gottfried Leibniz, Schopenhauer, Hegel, Swedenborg, Ralph Waldo Emerson, and others. It was through his tireless study and experimentation that he discovered the truth of New Thought principles and put them into practice in his own life. He began to write books outlining these principles. He practiced the technique of creative visualization, and, as his daughter Florence relates, "He wrote almost constantly. It was then that he formed his mental picture. He saw himself as a successful writer, a personality of power, an advancing man, and he began to work toward the realization of this vision. He lived every page....His life was truly the powerful life."

His most famous work is a book called The Science of Getting Rich, in which he explains how to get rich and live life in all of its abundance.

The Science of Getting Rich is a must-have audiobook for anyone who wants to create wealth and achieve financial independence.

Wattles also wrote The Science Of Being Well and The Science Of Being Great. Both books have gone on to become "must have" classics about how using the mind effectively can bring about excellent health and increased intelligence through the use of proper thinking techniques.