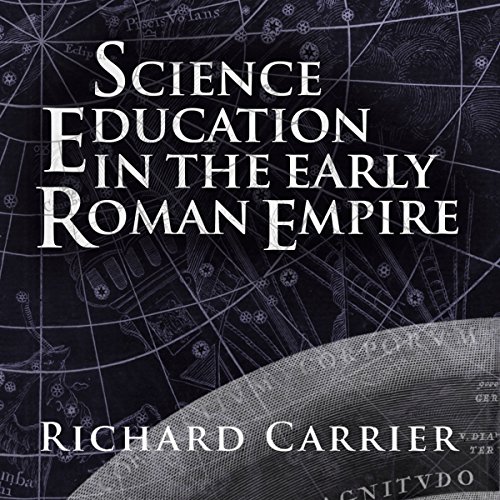 Throughout the Roman Empire cities held public speeches and lectures, had libraries, and teachers and professors in the sciences and the humanities, some subsidized by the state. There even existed something equivalent to universities, and medical and engineering schools. What were they like? What did they teach? Who got to attend them? In the first treatment of this subject ever published, Dr. Richard Carrier answers all these questions and more, describing the entire education system of the early Roman Empire, with a unique emphasis on the quality and quantity of its science content. He also compares pagan attitudes toward the Roman system of education with the very different attitudes of ancient Jews and Christians, finding stark contrasts that would set the stage for the coming Dark Ages.

Great overview over science- and other education in the roman empire! A look on a very different world than todays scientific era!