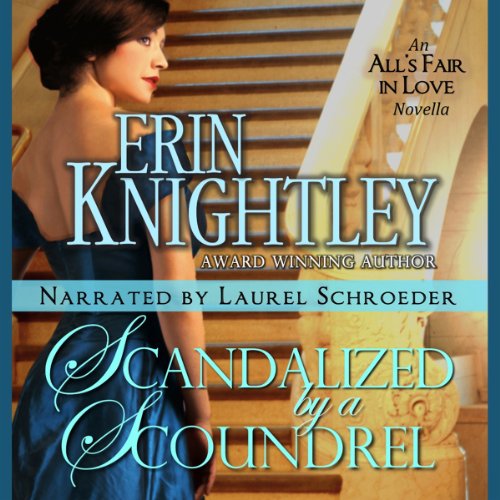 Scandalized by a Scoundrel

In all his years in the army, Lord Gabriel Winters never once would have described an opponent as beautiful. But when he finds himself staring down the barrel of Miss Amelia Watson’s pistol, it’s the only word that comes to mind. Despite her clear distrust of him - and not to mention his own determination to avoid English women at all costs - Gabriel is more than intrigued by his friend’s bold neighbor.

Amelia has plenty of reasons to distrust strangers, and the broad-shouldered, devilishly handsome viscount deserves no exception. But when he challenges her to lay down her weapon and learn to fight in a new way, she finds herself capitulating. He may be a scoundrel, but he’s also the first person in years to look at her without the blasted pity she hates so much.

Though the lessons start out innocently enough, the heady pull of attraction soon gets in the way. They’re as incompatible as water and gunpowder, so why is she suddenly looking forward to the thought of being...Scandalized by a Scoundrel?