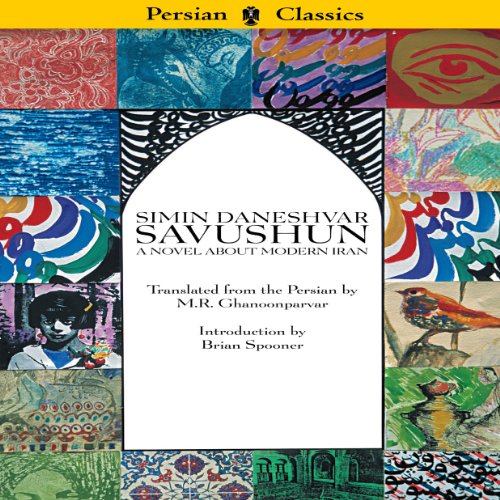 Savushun: A Novel About Modern Iran

Savushun: A Novel About Modern Iran

Savushun chronicles the life of a Persian family during the Allied occupation of Iran during World War II. It is set in Shiraz, a town which evokes images of Persepolis and pre-Islamic monuments, the great poets, the shrines, Sufis, and nomadic tribes within a historical web of the interests, privilege, and influence of foreign powers; corruption, incompetence, and arrogance of persons in authority; the paternalistic landowner-peasant relationship; tribalism; and the fear of famine. The story is seen through the eyes of Zari, a young wife and mother, who copes with her idealistic and uncompromising husband while struggling with her desire for traditional family life and her need for individual identity.

Daneshvar's style is both sensitive and imaginative, while following cultural themes and metaphors. Within basic Iranian paradigms, the characters play out the roles inherent in their personalities. While Savushun is a unique piece of literature that transcends the boundaries of the historical community in which it was written, it is also the best single work for understanding modern Iran. Although written prior to the Islamic Revolution, it brilliantly portrays the social and historical forces that gave pre-revolutionary Iran its characteristic hopelessness and emerging desperation so inadequately understood by outsiders.