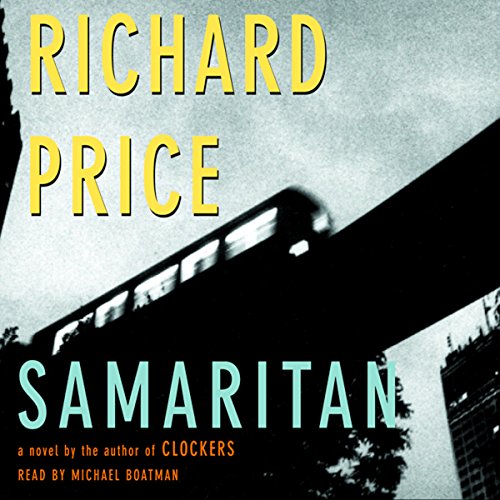 After a lucrative television writing career comes to an abrupt end, ex-high school teacher Ray Mitchell returns to the New Jersey city of his birth to rethink his life, reconnect with his teenage daughter, and to spread the wealth on the housing project that reared him. He begins teaching again, embarks on an affair with a married woman from the old neighborhood and becomes a mentor to a former student.

Then, disaster: he is found beaten nearly to death in his own apartment. He knows who did it, but he's not talking, and he refuses to press charges.

It is up to Detective Nerese Ammons - a childhood acquaintance from the projects - to get Ray to tell her what happened.

Alternating between investigations of the people in Ray's life most likely to do him harm and listening to his fevered ramblings about their shared past as he slips in and out of consciousness, Nerese is charged not only with uncovering the perpetrator of this assault but with understanding what kind of victim is more afraid of the truth than of his potential murderer.

Samaritan is an electrifying story of crime and punishment - a novel of literary suspense that explores what happens when too little is given, too little is understood and the results threaten to prove both tragic and deadly.

"The crime-solving framework pulls us forward but is unencumbered by the pedantic detail of a police procedural, and the depth of the characterizations is magnificent: Ray, Nerese, and the considerable supporting cast are fully imagined beings who surprise us but never test our credulity." (Booklist, Starred Review)
"Price yields up not just the familiar, blanched moonscape of urban blight but the inner lives and jack-hammering hearts of those who pace and patrol it." (The New Yorker)