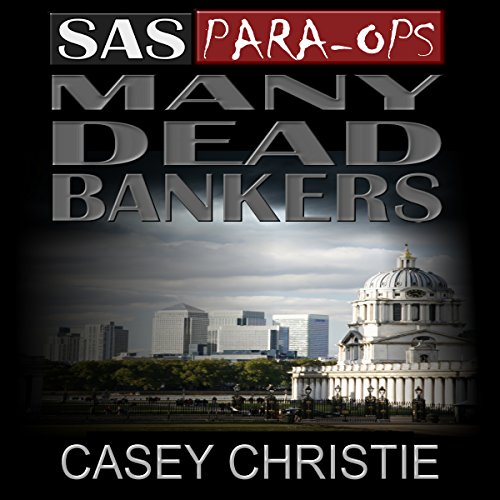 Book One: The Beginning - Many Dead Bankers

Canary Wharf, London. Midweek lunch time. The sound of gunfire reverberates under the hulking structures of the Canary Wharf skyscrapers. The Wharf and its bankers are under terrorist attack by extremists in black Kevlar combat gear with fully automatic assault rifles and explosives. Bankers and their families are cut down in broad daylight and the authorities and their unarmed police force are powerless to stop the slaughter.

Mark Andrews, an out of shape, retail bank manager, sits at a bar in the middle of the mayhem and waits for his one true love, Amelia Brown.

Then he receives a surreal phone call from his mysterious friend, Captain John Taylor - is he British Army SAS? And can he help Mark save himself, Amelia and the city's bankers?

"A peek into the best and worst of humanity, its spirit, its willpower. Quick, gripping read."

"A riveting read with an unforeseen ending at the death."

"Is this the commencement of the world's first supernatural SAS special forces, counter-terrorist shadow unit? I simply cannot wait for the next instalment!"