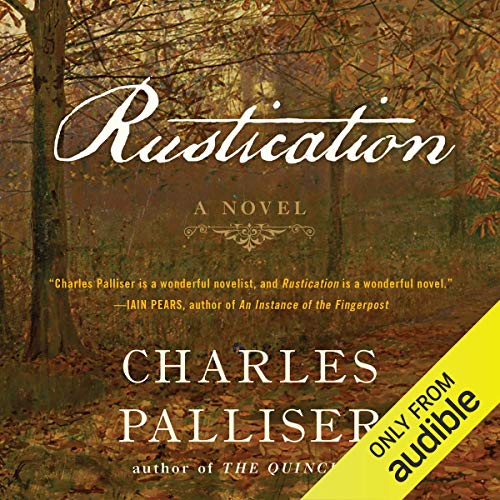 A vertiginous gothic masterpiece from the best-selling author of The Quincunx. Charles Palliser's work has been hailed as "so compulsively absorbing that reality disappears" (New York Times). Since his extraordinary debut, The Quincunx, his works have sold over one million copies worldwide. With his new novel, Rustication, he returns to the town of Thurchester, which he evoked so hauntingly in The Unburied.

It is winter 1863, and Richard Shenstone, aged 17, has been sent down - "rusticated" - from Cambridge under a cloud of suspicion. Addicted to opium and tormented by sexual desire, he finds temporary refuge in a dilapidated old mansion on the southern English coast inhabited by his newly impoverished mother and his sister, Effie. Soon, graphic and threatening letters begin to circulate among his neighbors, and Richard finds himself the leading suspect in a series of crimes and misdemeanors ranging from vivisection to murder.