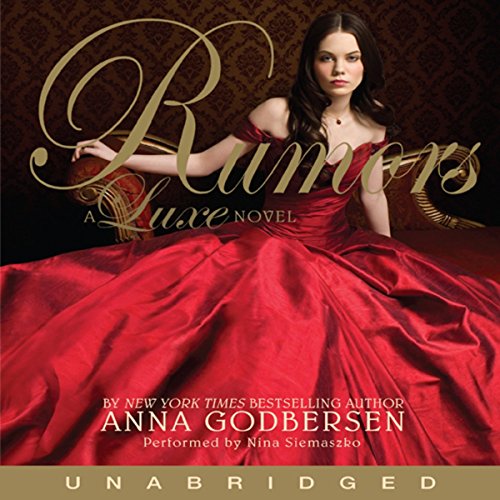 Anna Godberson, writer, and Nina Siemaszko, performer, continue their tetralogy of young adult novels set in the upper echelons of Manhattan’s socialite shenanigan-shapers around the turn of the 19th century with Rumors. a continuation of the Holland sisters’ misadventures that began in the novel, The Luxe. As with the earlier novel, Rumors is gossipy, adventurous, enlaced with descriptions of opulence and beauty, and designed to hit upon the social high points of books from Twilight to Pride and Prejudice: unrequited love, star-crossed love, and love in cool clothes.

All eyes are on those closest to the dearly departed: her mischievous sister, Diana, now the family's only hope for redemption; New York's most notorious cad, Henry Schoon-maker, the flame Elizabeth never extinguished; the seductive Penelope Hayes, poised to claim all that her best friend left behind including Henry; even Elizabeth's scheming former maid, Lina Broud, who discovers that while money matters and breeding counts, gossip is the new currency.

As old friends become rivals, Manhattan's most dazzling socialites find their futures threatened by whispers from the past. In this delicious sequel to The Luxe, nothing is more dangerous than a scandal . . . or more precious than a secret.