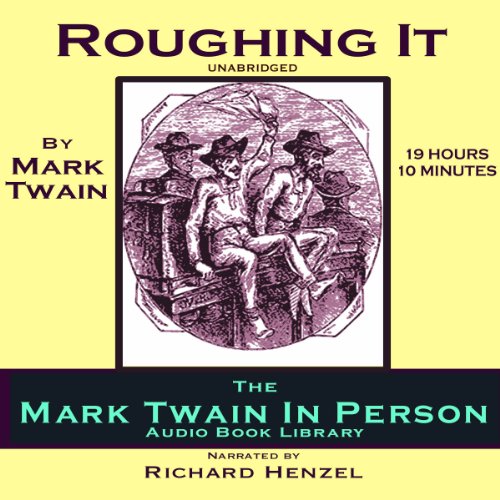 There are adventures galore on the way to that climactic episode in the mining camps of northern California, as young Sam Clemens sets off on the Overland Stage line, recording the fauna, flora, and humanity of The Wild West. He tastes condemned army bacon, "slumgullion," and Mormon "Valley Tan." He buys a genuine Mexican plug. He hazards death from freezing in a blizzard, drowning in a desert, dissolving in an alkali lake, and roasting in a forest fire.

A vivid and entertaining account of this brilliant writer's journey through this fascinating era of American history, characterized by marked extremes of lawlessness, heroism, cowardice, greed, hope, and desperation, and with rough characters, stunning landscapes, and close encounters with Indians. Narrator Richard Henzel has been performing and interpreting Mark Twain since 1967, and has narrated more than a score of Mark Twain titles.