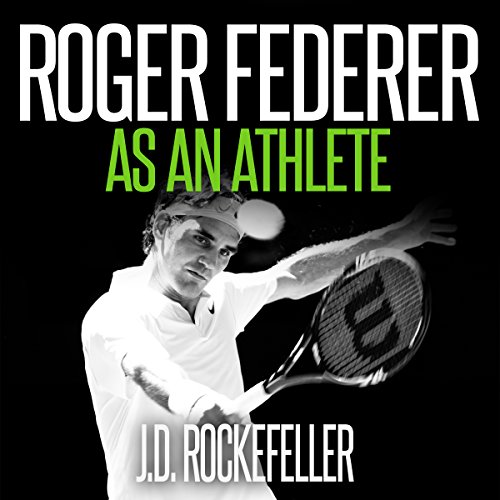 Roger Federer as an Athlete

Roger Federer is recognized as the greatest tennis player of all time. An all-around, all-court player known for his exemplary fluid style in tennis play, with incredible speed and extraordinary shot making, his versatility in the court is simply one of a kind. He is also one of few highest-paid athletes, making around 40-50 million euros annually. Generally speaking, he is one of the few extremely successful athletes, specifically in the tennis field.

But the greatest thing about him is his big heart. He's a monster in the tennis court but an angel in the real world. He never kept his achievements and wealth for himself, rather, he chose to share it to the less fortunate fellow men. He is a genuine man who is always willing to extend a helping hand, and that makes him a true champion not just in the realm of sport but in the hearts of people whom he helped and who witnessed his greatness.

Many people out there may perhaps ponder how this mega successful athletes achieved their success or probably wonder what they've gone through in their journey or simply wish to follow their path. These same questions are what drive this book. This book is written for both tennis enthusiast, Federer fanatics, and even random individuals who wish to know all about Roger Federer- his life, achievements, obstacles he faced, his contribution to the world and learn something important from him, something which can help or guide them on their journey towards their achievement.