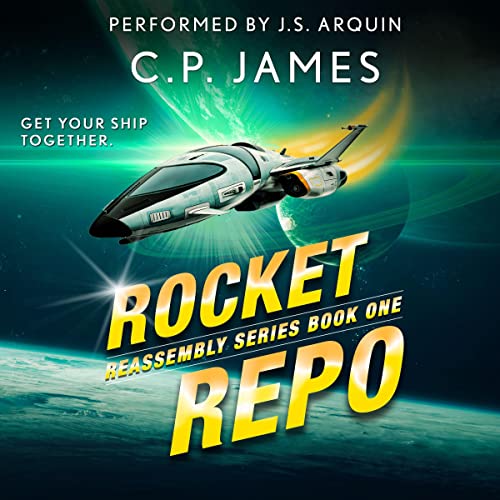 Years ago, ace pilot Geddy Starheart inhaled an alien spore named Eli who's been living rent-free in his head ever since. Together, they built the only ship capable of bringing Eli home. But on the eve of their departure, it disappears without a trace. Their quest to find her exposes a conspiracy to destroy all life in the universe - a plan they can't stop without their stolen ship.

For years, Geddy didn't need anything or anyone but a custom-made blaster and a couple fingers of Old Earth whisky. But since triggering the industrial accident that forced the evacuation of Earth Two, he's only had Eli for company. A daring escape off-planet lands him aboard a creaky salvage trawler with a plucky crew and the galaxy's worst business model.

But stalwart friends are better than any weapon. With the help of Eli, his oddball crew, and their trusty trawler, Geddy must traverse the cosmos in order to track down his ship and save the universe. Each thrilling, hilarious new adventure brings them closer to the truth, but ever farther from a decent steak.

If you like solid sci-fi with a generous dose of wit, the scale of Guardians of the Galaxy, and the offbeat alien characters of Men in Black and The Orville, you'll devour Rocket Repo, book one of Reassembly.