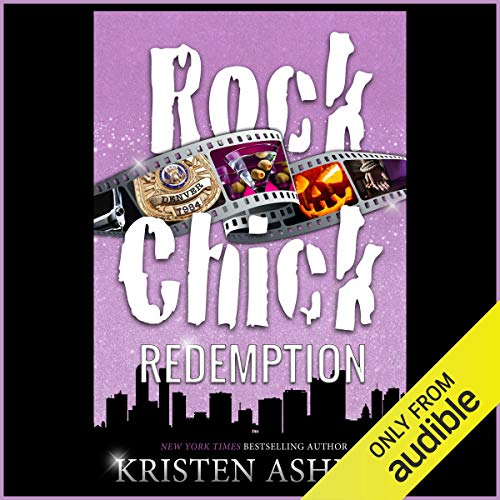 Roxie’s on the run from a bad boyfriend who will not catch the hint that it is o-v-e-r. She’s in no mood for love at first sight, but when her eyes fall on Hank, it’s trouble from the get-go. Roxie tries to hold Hank at arm's length but Hank wants to be a closer (as in, a lot closer). Roxie’s trouble catches up with her and Hank wants to help but Roxie knows in her heart that she’s no good for a white-hat guy. The problem is no one agrees with her, especially her crazy hippie best friend Annette or her parents; the even crazier small-Indiana-town Herb and Trish. Toss into the mix the gang from Rock Chick and Rock Chick Rescue and Roxie finds herself totally outnumbered.

Climb in for another Rock Chick wild ride through Rock Chick Redemption. As the odds stack up against Roxie, she has no choice but to hold on and just ride it out through the kidnappings, car chases, society parties, a riot at the strip club, Hank getting "Mom Bombed" and one crazy night at the Haunted House.

During all this Hank works at convincing her she really wants to stay and he, along with the Hot Bunch, go all out to make her safe. Hank also needs to work on showing Roxie that her past decisions don’t mean her future can’t include something as downright delicious as…normal.

The most hilarious one of the series

just sayin', for I believe this does not really perspire out of the summary description.
To tell it like it was for me: as the books aren't properly serially numbered, i first bought the books with the pitch i prefered and went from there. I mean I then went towards the end of the series and then from the beginning until.. this third volume, wich unfortunately came thus at last for me...
Well. hilarious let me tell you!