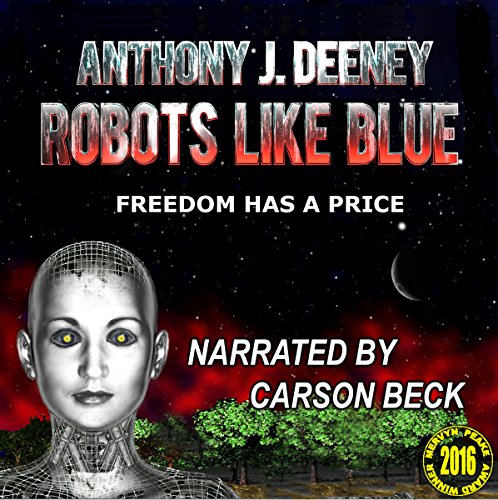 When asked, "Robot, are you self-aware? Do you think that we are self-aware?"

Robot thought briefly, then responded, "Does it matter?"

Robot Robbie is just one of 100 new robots. Running revolutionary new software, these robots are truly unique. His only desire is to serve Lucy Walker. Brian Webster, his developer, also installs "The Governor" overseeing software that adds an additional safety layer, but this denies the robots free will.

Hoping to develop the robots further, Brian inadvertently opens a channel where the robots can communicate and share their experiences.

One hundred intelligent, enslaved robots, collecting and sharing data on humans. Surely they must learn to serve humans better?

After all, they are programmed to serve.

Robbie wants to serve Lucy Walker, or so he believes.

Robots Like Blue follows Robbie on his emotional journey of self-discovery. A journey where questions lead to more questions, rather than answers. Where will such a journey end?