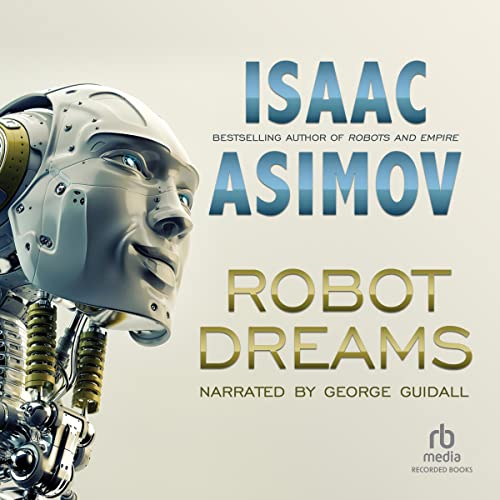 In a career spanning nearly 50 years, Isaac Asimov - science writer, historian, and futurist - accurately predicted how technological breakthroughs would be developed and utilized, years before they became reality. His foresight envisioned calculators, computerized cars, and advances in the field of robotics as chronicled in such popular books as I, Robot; Robots and Empire; and The Robots of Dawn.

Robot Dreams spans the body of his fiction from the 1940s to the mid ’80s, featuring all of the classic Asimovian themes - from the scientific puzzle and the extraterrestrial thriller to the psychological discourse. In addition to the title story (a Locus poll winner and Hugo and Nebula Award finalist), this collection features several of Asimov’s robot tales. A robopsychologist must outwit a machine determined to stay hidden in "Little Lost Robot"; a woman’s talent for "Light Verse" overshadows her true accomplishments with her robot servants; "The Last Question" presented to computer after computer over a hundred billion years may remain forever unanswered … and 17 more future visions from the grand master of science fiction.

Some very interesting ideas - worth a listen!

Some stories are interesting and believable, some less so. all in all very good, give it a try