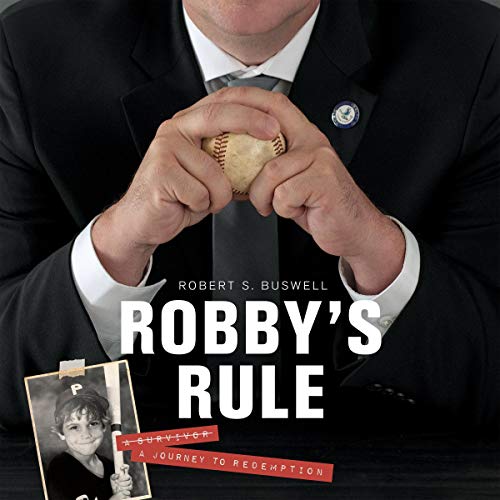 Young Robby’s life has been shadowed by abuse, and as he struggles from boy to man, he is forced to deal with the path he has been thrust upon. After the birth of his own daughters, however, he realizes that the safety of today’s children is more important than the silent safety of his three decades of shame. But when he finally tries to report the crime, he finds his initial efforts prove futile.

Now, Robby’s fight for personal redemption has become larger than himself, and he is determined that other survivors who come forward will not have their moment of courage crushed by an oversight in the law. Through his dedicated and sometimes unconventional methods, Robby navigates the red tape of Virginia’s legal system working against it when necessary in his effort to change it.

"As a television host, victim advocate, and, most importantly, a father, I have spent most of my life working to protect children from predators. I believe Rob Buswell has a powerful message for anyone touched by abuse. I applaud his dedication to making a difference and his journey to discovering he was not alone. Just like Robby and his Rules - you can make a difference, and you are not alone." (John Walsh, longtime host of America's Most Wanted and co-founder of The National Center for Missing & Exploited Children)

"Being the then 13-year-old girl whose abduction, rescue, and advocacy work is highlighted in this book, I've learned that life's journeys can prove amazing in the ways that they unknowingly intertwine, as Rob's and mine have. Rob's journey shows us that not only can we survive and overcome horrific abuse, but that we each have the ability to transform our pain into positive power to bring light and to protect others." (Alicia Kozakiewicz, motivational speaker, internet safety expert, abduction survivor, aliciakozak.com)