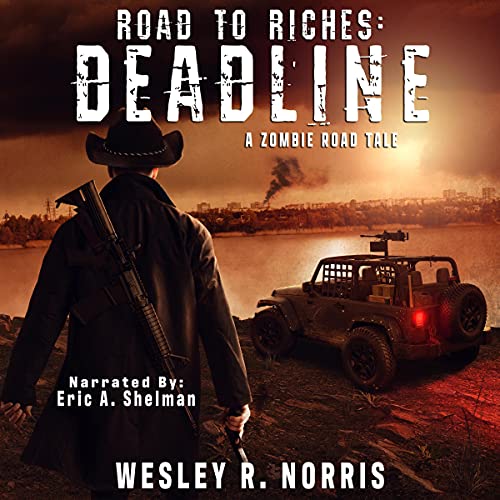 The Mississippi River. Retrievers call it the Deadline. It belongs to the zombies, and no one crosses it unless they have a death wish.

Retriever, gambler, adventurer. His name is Rye, and he’s the best there is. If you don’t believe it, just ask him.

Coerced into accepting a mission far east of the Mississippi River, Rye will risk it all to recover a technology that could shift the balance of power in the New World. A nameless second party is after the same technology and will stop at nothing to claim it for their own. It’s a race against the clock to get there first.

Fan favorites and an explosive cast of new characters seek their shares of the fortune at stake. Rye will have to call in every favor he’s ever earned to run a gauntlet of raiders, cannibals and gunfighters after the bounty on his head.

And the ravenous undead standing in his way.