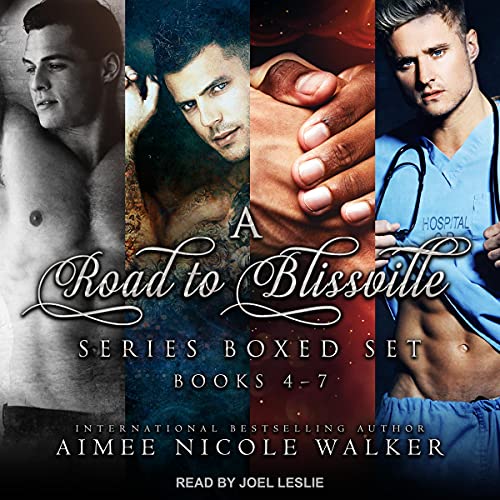 This Time Around: Andy Mason was practically a kid when he left home to pursue big-league ambitions, but the man who returns to Blissville is humbled by shattered dreams and secrets. Andy's no stranger to grit and determination, and he'll need both to win back his ex-boyfriend Milo's cynical heart.

Smoke in the Mirror: Memphis Sullivan thought he was coming to Blissville to help his cousin out, but instead he gained a permanent home. More than a year later, he owns a popular comic book and vinyl record store and doesn't think his life could get any better. That all changes when the star of his favorite television show rides into town and spices up his vanilla world.

Inside Out: Romeo Bradly and Julius Shepherd moved to Blissville for the same reason: a fresh start. But the sleepy little town offered them much more than they'd bargained for - quirky people, unlikely friendships, and an all-consuming attraction that turns them inside out.

Prescription for Love: Wanting to distance himself from his toxic parents, Trent Love moved to Blissville to begin a new life. What he finds is blazing chemistry with a hunky fireman who breathes new life into him.