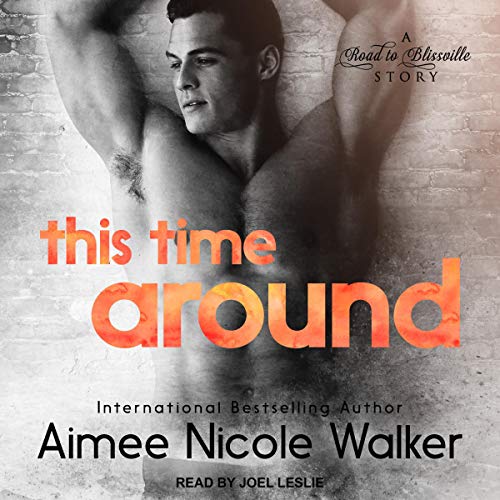 Road to Blissville Series 4, This Time Around

At the cafe Milo Miracle co-owns with his twin sister, coffee and pastries are served up along with his unique blend of sass and snark. Milo knows that small-town life often means that every day is the same as the one before, and excitement can only be found in the gossip that travels faster than the speed of light. When the Adonis who broke his heart returns home after a 12-year absence, Milo unhappily finds himself at the center of Blissville's favorite pastime.

Andy Mason was practically a kid when he left home to pursue big-league ambitions, but the man who returns to Blissville is humbled by shattered dreams and secrets. Andy's no stranger to grit and determination, and he'll need both to win back Milo's cynical heart.

Strong wills clash with stubborn hearts, triggering combustible passion once Andy starts renovations at the cafe. Milo would like to keep Andy's hands busy doing something other than construction. Andy would like to suggest what Milo can do with his wicked tongue besides trade barbs with him. Neither man is willing to budge until they get a little shove from an outside force. Will Andy and Milo learn that trust is a two-way street?