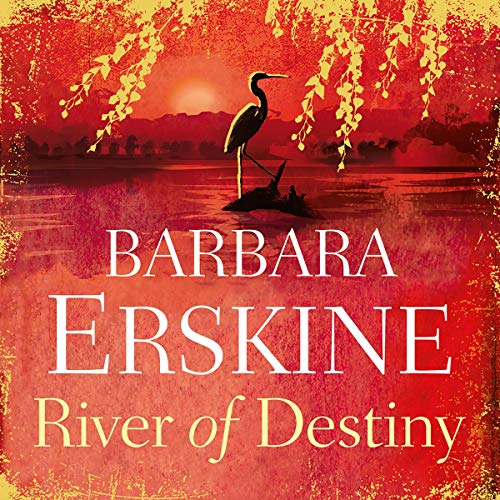 From the best-selling author of Time’s Legacy and Lady of Hay comes her thrilling new novel River of Destiny.

On the banks of the River Deben in Suffolk lies a set of barns dating back to the Anglo Saxons. Within their walls, secrets have been buried deeply. Zoe and Ken have just moved into one of the barns, ready to start a new life away from the hustle and bustle of the city. To the outside world they seem like an ordinary couple, but underneath they are growing more distant by the day. And when Zoe becomes close to local recluse, Leo, she finds her attraction to him undeniable.

Whilst farmers are ploughing the land surrounding the barns, sets of human bones are found and when the police arrive it becomes clear that the bones are much older than first suspected…. From an ancient burial ground to a Victorian murder, Erskine will have you gripped to her every word as the mystery unfolds.