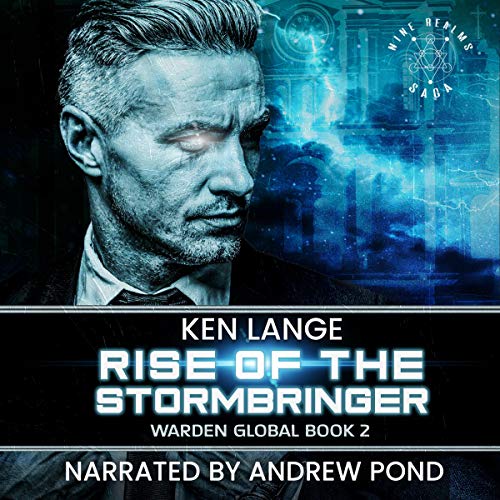 Rise of the Storm Bringer

For Viktor Warden, his former in-laws can be murder. Literally.

His ex-wife’s family are less than subtle when it comes to leaving messages, especially when they’re spelled out in blood. Now they’re leaving a trail of bodies in their wake, which means his long list of enemies just got longer.

Even though he’s used to high risk situations, the stakes take a sharp turn when his daughter is drawn into the fray with absolutely no clear way out.

With all that he holds dear hanging in the balance, he must make impossible choices. Each one brings him closer to the answers he’s sought about his past, edging him toward the center of a cosmic war that’s been raging since time began.

At every turn, he finds strange and ancient foes, all looking for new ways to wreak havoc on him, his life, and the world itself.

He’ll have to fight his way through a veil of secrecy to figure out who’s at the center of his streak of bad luck. His only way out is through an ancient adversary determined to manipulate the future to their ends no matter what the cost.

If he fails, he’s dead and the world goes along with him.