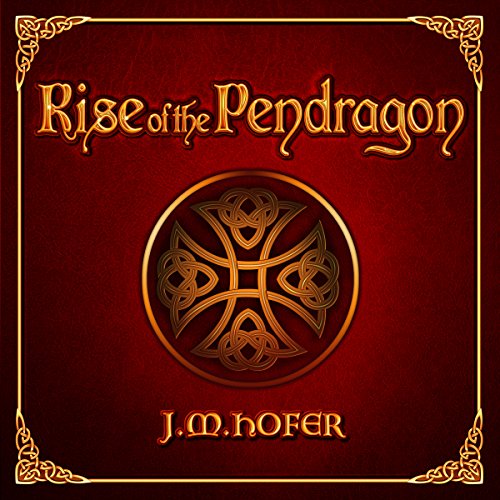 Rise of the Pendragon

The last of the Romans have left Britannia, leaving greedy and ruthless men to seize power and rip the land asunder. Without the discipline of Rome to stop them, relentless Picts come down from the North to raid her settlements while boatloads of Saxons sail west from Germania to pillage her shores. Grown soft with nearly five generations of Roman order, most men in Brython are unable to defend their homes against the ever-growing threats from all sides. But there is hope. Emrys and Uthyr, the two youngest sons of Constantine, the last great Roman leader in Britannia, have now come of age. They return to Brython to avenge their father and reclaim his usurped throne. Along with their strange druid advisor, Myrthin Wyllt, they lead a campaign to unite the clans of Brython against the tyranny of her enemies, vowing to restore the peace and order once enjoyed under Rome's protection.

Bran knows the war for Brython is far larger than any one clan can hope to win alone. He pledges fealty to Emrys and his obligations thicken. His strength, compassion, and loyalty are continually put to the test as he struggles to meet the mounting demands of his country, clan, wife, and family, as well as those of his otherworldly master, Arawn, who has daunting plans of his own for him. Meanwhile, strange, winding roads beckon to Taliesin, leading him to worlds both sublime and dark that will change him in drastic ways. Arhianna's fate leads her home, but at a frightening and terrible cost. Gareth finds himself duty-bound to Mynyth Aur, but, like his father, longs for the horizon. In Bran's absence, Lucia strives to remain a strong leader and mentor for her children and the people of her clan, determined to keep those she loves and cares for united in mind and spirit.

New and unlikely alliances are forged while old enemies churn forth new grievances, testing the limits of every relationship. All struggle to meet their responsibilities within the chaos surrounding their homeland, but remain hopeful they will succeed in putting a just king on the throne who will usher in a new age, free from terror and tyranny.