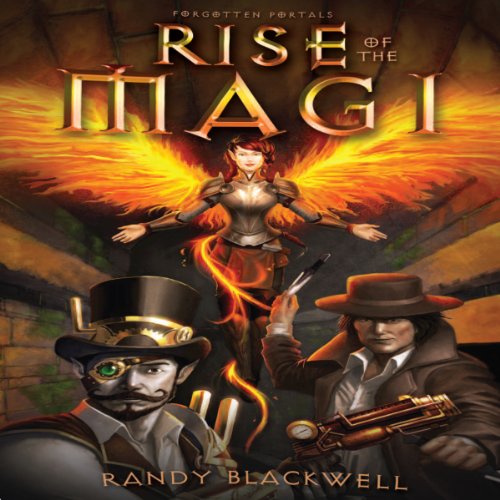 Rise of the Magi

An epic battle looms as Omar, Myles, and Kasey train a new breed of Magi for war!

Omar Metzger, Earth's most brilliant scientist, is in a race against time to find his sister in another dimension before she dies in a coma. He has one week before his funding is cut, so without hesitation he enters a portal to an unknown world to prove his findings and hopefully to save his sister.

Myles Callaghan, an illusionist con-artist, has bitten off more than he can chew, swindling a Mafia Don out of several million dollars. On the run, Myles goes much further than he could have imagined. He encounters Omar on Musterion, and they form the Order of the Magi.

Kasey is a hired assassin with orders to assassinate the Israeli Prime Minister. Betrayed, Kasey must escape before she is captured. As she crosses an archway in the Prime Minister's basement she realizes she has crossed much more than the threshold of a door - rather a portal.

As these three unlikely companions join forces on Musterion, they must find their way through an ever changing maze, fight their inner demons, and then escape to a new world, Soterion, before the forces of evil close in on them. There Kasey is given a sword that was once a Bible on earth. They must take the sword to a carpenter but the Great Red Dragon tries to prevent them.

Rise of the Magi is filled with battle action, steampunk fantasy, and a touch of romance, It's an epic tale of their search for truth and ultimately redemption.