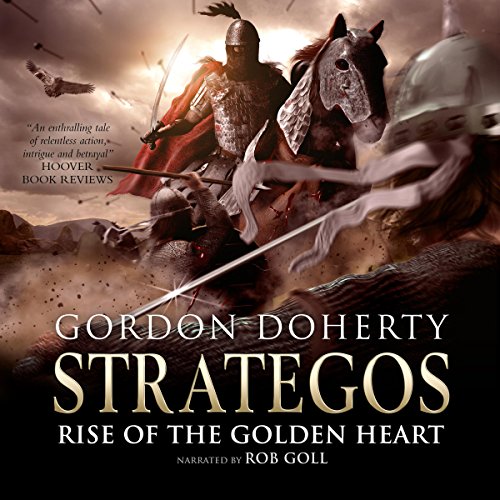 Rise of the Golden Heart

Rise of the Golden Heart

Stay strong, Haga, for the Golden Heart will rise in the west. At dawn, he will wear the guise of a lion hunter. At noon, he will march to the east as if to conquer the sun itself. At dusk, you will stand with him in the final battle, like an island in the storm.

AD 1068: the armies of the Seljuk Sultanate tear at Byzantium's borders, poised to strike the death blow that will bring all Anatolia under their yoke. Alp Arslan's armies grow stronger with every passing season, while the beleaguered Byzantine soldiers defend for their lives, the hope in their hearts guttering its last.

This war has been Apion's mistress for many years, casting a dark shadow across his soul. When the mysterious crone comes to him, she can offer him only a glimmer of light. But at the darkest of moments, the smallest chink of light can be blinding. It will sweep Apion into the heart of the empire, Constantinople, and then onto the arid plains of Syria. It will taunt him with trust, betrayal, intrigue, love and brutal conflict. But, above all, it will offer him hope.