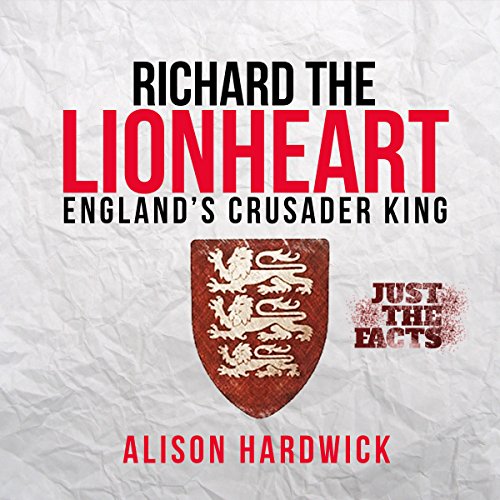 Richard the Lionheart remains one of England's most famous kings. His statue stands proudly outside the Houses of Parliament, yet who was Richard? Was there more to him than we see depicted in modern media - the great, missing king from the Robin Hood films who was always having his throne threated by his younger brother John! Or was Richard not worthy of the legend that seems to have been built up around his name?

The new Just the Facts books by a young and exciting new author aim to provide introductions to key figures in history. If you liked the History in an Hour books, then you will love the Just the Facts books as well. This is the first audiobook in the series, and it explains all the key moments in the life of Richard the Lionheart. It is a great introduction for someone looking to find out more about England's crusader king.