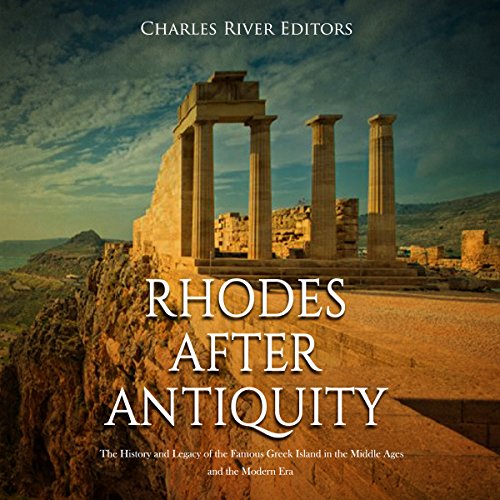 In the Archaic and Classical periods, Rhodes often stood as a prime exemplar of the highs and lows of its fellow Greek cities, and as the largest island of the Dodecanese, Rhodes’ history is largely in line with that of the rest of those islands. Rhodes was first colonized by the Greeks of the Dorian tribe around the eightth century BC, and it aligned with its fellow Dorian cities on the surrounding islands and the mainland of Asia Minor to form the so-called Doric Hexapolis.

Rhodes would reach the zenith of its power in the Hellenistic period following the death of Alexander the Great in 323 BC. Even as the rest of the city-states waned compared to the much larger kingdoms of Alexander’s successors in Egypt and Asia, Rhodes would come to the forefront as a main power in the Greek world, standing toe-to-toe with these Hellenistic kingdoms. Rhodes was for a time the foremost naval power in the Eastern Mediterranean, and one of the most powerful and richest cities in the world. It was during this time that the Colossus of Rhodes, one of the Seven Wonders of the Ancient World, was built on the island to celebrate Rhodes’ equally monumental triumph over the armies of Demetrius the Besieger. Rhodes also gained a foothold on other islands, and an extensive presence in Asia Minor.

With the rise of Rome, Rhodes, along with the rest of the Greek world, lost power, and it was gradually integrated into the Roman sphere of influence as an ally before finally being annexed into the empire, but after the partition and collapse of the ancient Roman Empire, in the Middle Ages Rhodes would share in both the fortunes and vicissitudes of Rome’s successor state, the Byzantine Empire. Along with the Byzantines, Rhodes would face off first against the Arabs from the east and then European Crusaders from the west. As the Byzantine Empire continued to lose power and chaos spread in its former holdings, Rhodes would eventually be occupied by the Knights Hospitaller, an order of crusading knights who initially arrived on the island while retreating from the Holy Land. These knights would hold on to Rhodes for more than 200 years, making it the headquarters of their unique military, economic, and piratical empire. It became a bastion of Christendom and a reminder of the former power of the crusaders in an Eastern Mediterranean region increasingly dominated by Islam.

When the Rhodian castle of the knights, still standing today, finally fell to the Ottoman Turks in 1522, Rhodes entered a long period of Turkish rule that lasted almost 400 years.

To this day, thanks to its impressive archaeological sites, Rhodes still bears the indelible marks of its storied past. Rhodes after Antiquity: The History and Legacy of the Famous Greek Island in the Middle Ages and the Modern Era examines the history of one of the most crucial locations in the Mediterranean. You will learn about Rhodes like never before.