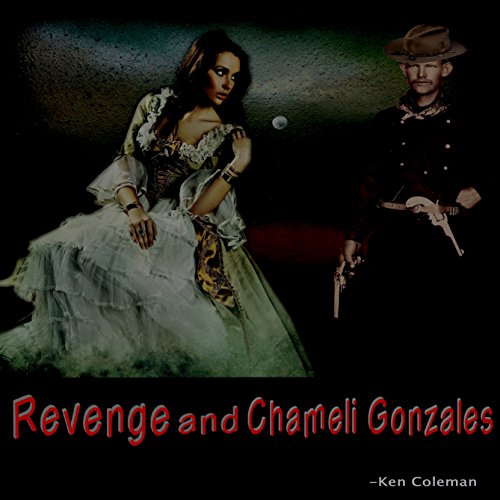 When a gang of savage outlaws led by Jim Singer, one of the worst killers in the West, brutally torture and kill the parents of an even worse killer than they are, then rape and defile his 12-year-old sister, leaving her to die a slow painful death, there is nowhere for them to hide as Andrew Hanson doggedly hunts them down one by one. His determination to inflict the cruelest torture on each and every one of them for the way they butchered his family, before killing them in the most painful way possible, leads him on a journey that spans thousands of miles and many years as he follows them from state to state and through some of the most lawless towns in the west.

Along the way, he reluctantly acquires a travelling companion, who, although beautiful, is, to Hanson's mind, completely a unhinged and crazy woman. Her name is Chameli Gonzales. She has her own reasons for seeking revenge on Singer, but she is the most unpredictable, fiery, aggravating, and troublesome woman he has ever met. However, as the years pass, he realizes that he needs her more than he cares to admit. Even the times when they are apart for years, she is always on his mind as he travels the great plains of the west.

This is the story of a man's epic journey to seek brutal revenge on the killers of his mother, father, and sister and the many people who cross his path along the way, some of them die as enemies and some of them he learns to care for and love as family. But always, at the back of his mind, is the woman he cannot erase from his thoughts. A woman who watches over him like a specter, the beautiful and charismatic, Chameli Gonzales.