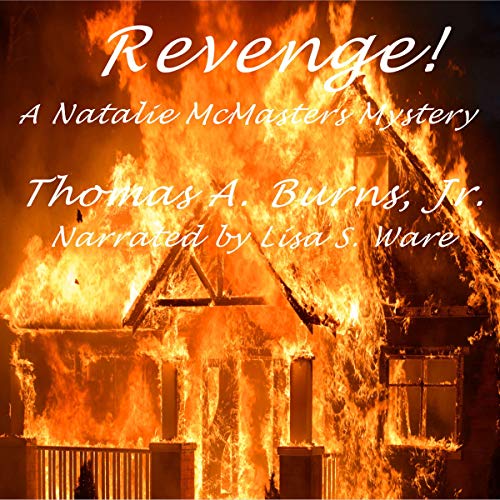 Natalie McMasters is 20, short and blonde (okay, it’s bleached), a way cute former stripper, and a pre-law student at State. Nattie also works as a private detective at her uncle’s 3M Detective Agency. She’s deeply in love with her girlfriend, Lupe, also a former stripper and undocumented immigrant, who’s now a pole-dancing instructor at a local gym. They’ve finally gotten Lupe’s eight-year-old son, Eduardo, into public school, and it looks like the American Dream may soon become a reality for their little family.

That is until a steamy video of Nattie and Lupe appears on the campus-wide closed-circuit TV system. The video is only the first of a series of distressing events that affects every aspect of Nattie’s life and threatens the well-being of her family and friends as well. What could Nattie have possibly done in her short life to deserve the callous revenge her unseen tormentor is so brutally exacting?

Revenge! is ripped from today’s headlines and full of the unexpected plot twists and non-stop action that Nattie’s fans have come to expect. It has a shocking ending that you won’t see coming, even though all the clues are there.