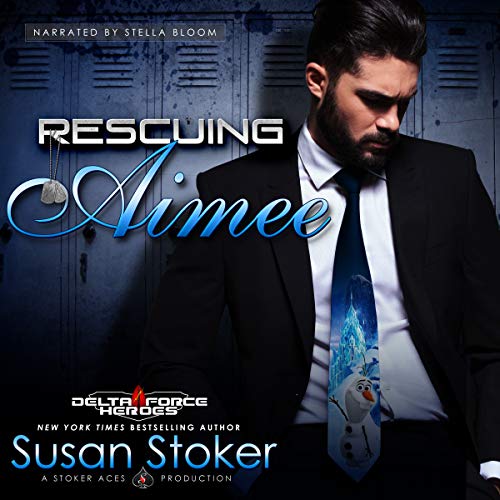 This audiobook used to be titled Assisting Aimee and was a part of the Kindle Worlds program. It has been reworked and updated, but the basic story has not changed. If you've purchased Assisting Aimee in the past, there is no need to repurchase.

This audiobook can be listened to at any point in the series. It's labeled as audiobook 10, but in reality, it could be audiobook two, or four, or eight. I just didn't want to renumber the entire series.

Aimee O’Brien has harbored a not-so-little crush on her school’s new first-grade teacher since the beginning of the year. Tall, muscled, with long hair, a beard, and a penchant for wearing silly ties to amuse his students...the man is too gorgeous for words. As the PE teacher, Aimee’s wardrobe consists of casual gym clothing not likely to catch anyone’s eye, so no one is more surprised than her when Tony makes his interest clear.

Tony Santoro’s time in the military directly influenced his new choice of career - and his choice in women. He’s looking for someone of substance, and Aimee has far more to offer than just her adorably disheveled look. He can’t wait to see what’s hiding under those sweatpants and tees - but he might have missed his chance. The very day he finally works up the nerve to ask Aimee out is the day unspeakable violence explodes in the school.

Trapped in the gym, Aimee and Tony will have to work together to get out with their lives...and the lives of the dozens of students trapped with them.

Author note: In this story, Aimee and Tony deal with a threat that’s all too real in today’s society; the subject matter may be too sensitive for some listeners.