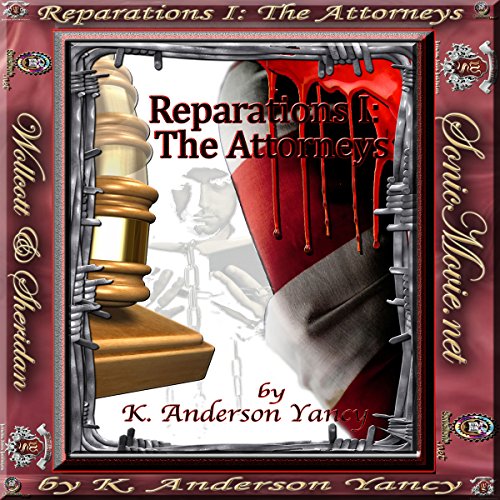 Reparations I: The Attorneys

Two African-American attorneys, the best of friends, find themselves opposing council in the legal battle for African-American slavery reparations from the United States, while navigating the US legal system and wrestling with the resulting personal turbulences in their lives.

During the course of the year in which they move towards trial, and the nation responds in a myriad of ways as diverse as the people that populate it, other US reparations battles still being fought and the issues behind them are explored, among them: