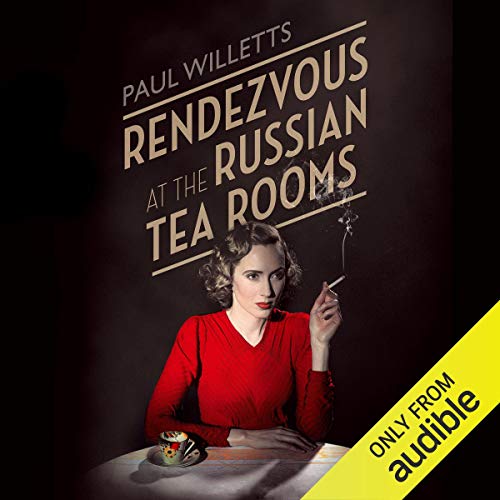 Rendezvous at the Russian Tea Rooms

Rendezvous at the Russian Tea Rooms provides the first comprehensive account of what was once hailed by a leading American newspaper as the greatest spy story of World War II.

This dramatic yet little-known saga, replete with telephone taps, kidnappings, and police surveillance, centres on the furtive escapades of Tyler Kent, a handsome, womanising 28-year-old Ivy League graduate who doubles as a US embassy code clerk and Soviet agent.

Against the backdrop of London high society during the so-called Phoney War, Kent's life intersects with the lives of the book's two other memorably flamboyant protagonists. One of those is Maxwell Knight, an urbane, endearingly eccentric MI5 spyhunter. The other is Anna Wolkoff, a White Russian fashion designer and Nazi spy whose outfits are worn by the Duchess of Windsor and whose parents are friends of the British royal family.

Wolkoff belongs to a fascist secret society called the Right Club, which aims to overthrow the British government. Her romantic entanglement with Tyler Kent gives her access to a secret correspondence between President Roosevelt and Winston Churchill, a correspondence that has the potential to transform the outcome of the war.