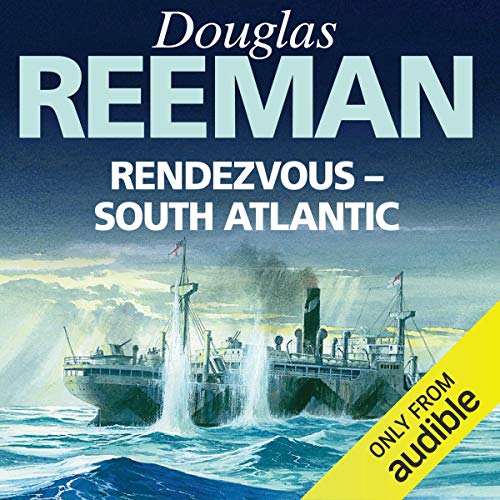 In 1941, when she was turned into an armed merchant cruiser, the SS Benbecula was already old. Yet even she was needed to protect the vital Atlantic sea lanes. Commander Lindsay, her new captain, had to work desperately to mould the ship’s company - raw recruits and old-timers - into a fighting force. And better than anyone, Lindsay knew this could be his last command, his last chance.

I first read this book in a german translation from my local library, and - the last page was missing, so it took me years to find out how the book ended. Meanwhile I have gone through 2 paperback copies (the first was from a second hand bookstore and only fit to be handled with rubber gloves), up to an ebook and this Audible version.

The story is some parts SS Rawalpindi, mixed up with achievments from german auxiliary crusiers (here credited to an english ship) and Reemans usual love story, even with a slight esoteric twist.

But nonetheless, this book touched me, the characters are alive and perfectly understandable, and you really feel their tragedies and losses. Many of Reemans later archetypes like THE STEWARD and THE BAD SUPERIOR appear here for the first time and altogether the book has a magic touch - even after the umpiest reading or listening, I never get bored by it.

And of course David Rintoul, who reads all of Reemans audiobooks IS the perfect voice for this kind of genre.