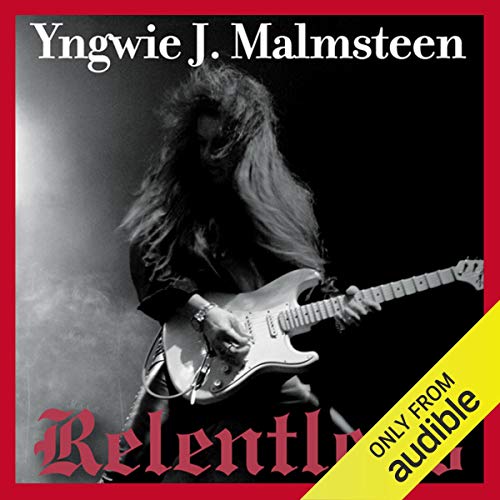 The rock-and-roll memoir of one of the world's greatest guitarists.

Yngwie Malmsteen's revolutionary guitar style - combining elements of classical music with the speed and volume of heavy metal - made him a staple of the 80s rock scene. Decades later, he's still a legend among guitarists, having sold 11 million albums and influenced generations of rockers since. In Relentless, Malmsteen shares his personal story, from the moment he burst onto the scene seemingly out of nowhere in the early 80s to become a household name in the annals of heavy metal. Along the way, he talks about his first bands, going solo, his songwriting and recording process, and the seedy side of the rock business.Malmsteen was named one of Time magazine's ten greatest electric guitar players.

The author's most recent album, Spellbound, was released in December 2012.