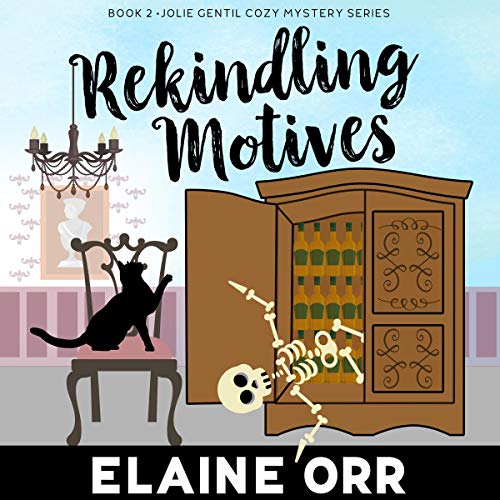 Jolie Gentil gets tapped for some appraisal work at the 10th reunion of her Ocean Alley High School class. When appraising the vacant Tillotson-Fisher house, she finds the skeleton of Richard Tillotson hidden in an antique attic wardrobe. He vanished just after his sister married his business partner in 1929. Jolie sees a link to the Fisher family's Prohibition era business and works with friends Scoobie and Ramona to gather clues from old photo albums and ledgers. The photo albums lead her to Mary Doris Milner, Richard's girlfriend, who has fond memories of him and is certain of who murdered him. But, there was nothing to link her suspect to the murder then, and he's long dead himself.

Mary Doris' death means Jolie won't stop until she finds her killer, whether that leads to a culprit in Richard's decades-old murder or not. Did the secret she kept all these years finally kill her? Between running the food pantry at Christmas time, trying to avoid an annoying local reporter, and escaping a burning building, they hope to figure out who the modern killer is before someone else gets hurt.

Second in the Jolie Gentil Cozy mystery series. All four books in the series are set in this mythical New Jersey beach town, complete with colorful characters and a great coffee shop. Jolie and her multi-generational friends tackle things with humor, and they have a good time - almost always. Her name is French, and translates to "pretty nice." She's used to a bit of teasing.