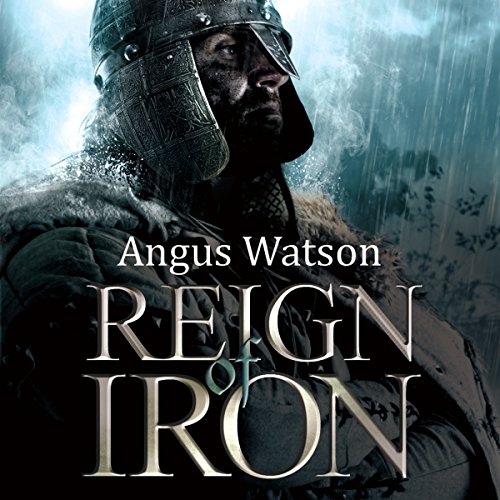 Warrior queens and Roman invaders do battle in the final volume of this thrilling epic fantasy trilogy.

Caesar's soldiers have murdered, massacred and pillaged their way through Gaul and loom on the far side of the sea, ready to descend upon Britain; with them are an unstoppable legion of men twisted by dark magic.

Somehow Queen Lowa must repel the invasion, although her best general is dead and her young druid powerless. She faces impossible odds, but when the alternative is death or slavery, a warrior queen will do whatever it takes to save her people.

Every empire has its downfall.

"Would I read the next one? Yes, absolutely. Bring me my hammer, bring my beer, bring it on!" ( Sfcrowsnest on Age of Iron)
"If you like your fantasy packed with bloodthirsty Druids, hammer-wielding heroes, strong female leads, action, intrigue, betrayal, and a brilliantly conceived world then Age of Iron is for you." ( Book Beard on Age of Iron)

Sean Barrett is awesome and fits the book and the topic very well. the story is interesting and the trilogy takes you in for a nice journey through all three books. minus one star cause I didn't like the ending, felt too easy as a solution and to quick as it rushed. imho.

all in all great trilogy, great author, epic narrator.