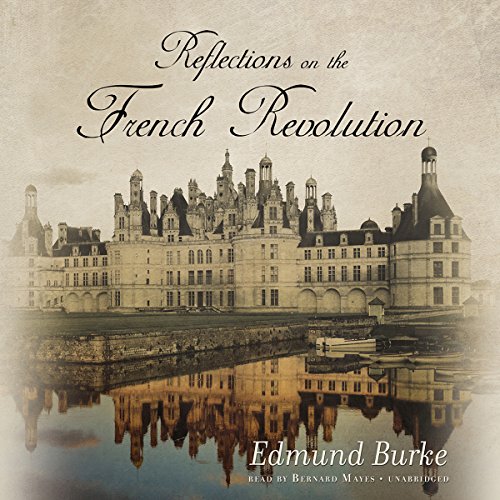 Reflections on the Revolution in France

This famous treatise began as a letter to a young French friend who asked Edmund Burke’s opinion on whether France’s new ruling class would succeed in creating a better order. Doubtless the friend expected a favorable reply, but Burke was suspicious of certain tendencies of the Revolution from the start and perceived that the revolutionaries were actually subverting the true "social order". As a Christian - he was not a man of the Enlightenment - Burke knew religion to be man’s greatest good and established order to be a fundamental pillar of civilization.

Blending history with principle and graceful imagery with profound practical maxims, this book is one of the most influential political treatises in the history of the world. Said Russell Kirk, "The Reflections must be read by anyone who wishes to understand the great controversies of modern politics."

Edmund Burke (1729 - 1797) became a member of Parliament in 1765. He championed the unpopular cause of Catholic emancipation and a great part of his career became dedicated to the problem of India. The French Revolution prompted one of his best-known works, Reflections on the Revolution in France.

"Burke’s views are as pertinent today as they were 200 years ago. His comments and criticisms of the French Revolution can be applied to 20th-century revolutions. It is interesting that his reflections are echoed by so many revisionist French Revolution historians in the past several years." (Professor Jeanne A. Ojala, University of Utah)