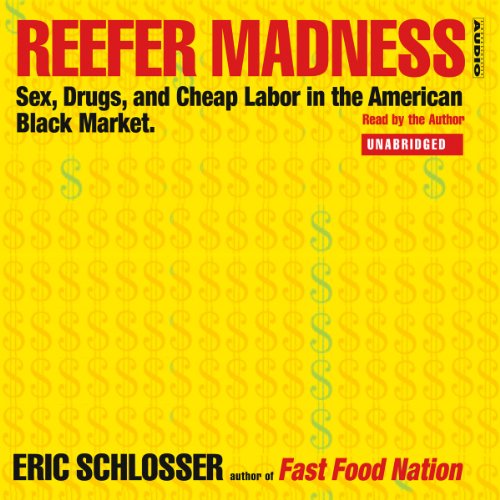 The underground economy is vast; it comprises perhaps 10 percent - perhaps more - of America's overall economy, and it's on the rise. Eric Schlosser charts this growth, and finds its roots in the nexus of ingenuity, greed, idealism, and hypocrisy that is American culture. He reveals the fascinating workings of the shadow economy by focusing on marijuana, one of the nation's largest cash crops; pornography, whose greatest beneficiaries include Fortune 100 companies; and illegal migrant workers, whose lot often resembles that of medieval serfs.

With intrepid reportage, rich history, and incisive argument, Schlosser illuminates the shadow economy and the culture that casts that shadow.

"Like Fast Food Nation, this is an eye-opening book, offering the same high level of reporting and research." ( Publishers Weekly)
"Schlosser's precise outrage is as compelling off as on the page." ( AudioFile)