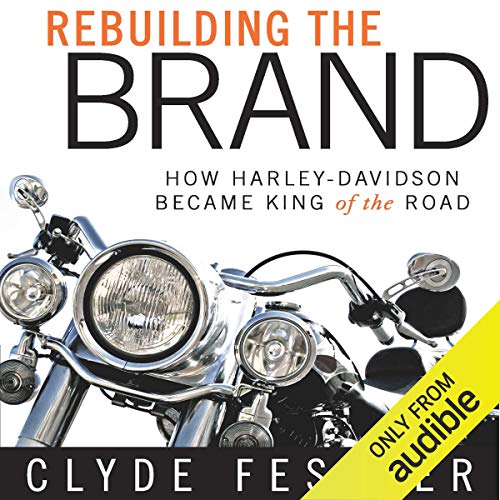 In the early 1980s, Harley-Davidson was on the verge of bankruptcy. In the general public's opinion, quality was substandard - of both motorcycles and riders. Harleys leaked oil and were often broken down. Riders were roughnecks, out to raise hell. The Harley-Davidson brand was tarnished. What s more, the charges were true.

By the mid-1980s, Harley couldn't produce enough bikes to keep the public happy. Dealers were selling bikes off the showroom floor, struggling to assuage customers' frustration. And today, Harley-Davidson is a model brand. Harley-Davidson isn't just a motorcycle company anymore. It is a community, a look, a source of self-expression, an all-American appeal for freedom - all expressed in one little logo.

So, what happened? How did Harley manage to pull itself from the fire, brush itself off, and ride off into the sunset? The secret: branding. Histories will tell you how Harley-Davidson closed the quality gap between Hogs and the cheaper, faster, sleeker Japanese bikes; how Harley used Japanese manufacturing methods to increase its cash flow; how Harley clawed its way back from the brink of bankruptcy. All these aspects were important to Harley's rise from the ashes, no doubt, and as such are discussed in this book. But the true power of the big, beautiful, orange-and-black machine that is Harley-Davidson lies in its image, the Bar and Shield, the brand. Rebuilding the Brand: How Harley-Davidson Became King of the Road is the story of how a core group led a team of not only marketing folks but also employees, management, dealers, and vendors to rebuild the Harley-Davidson image.