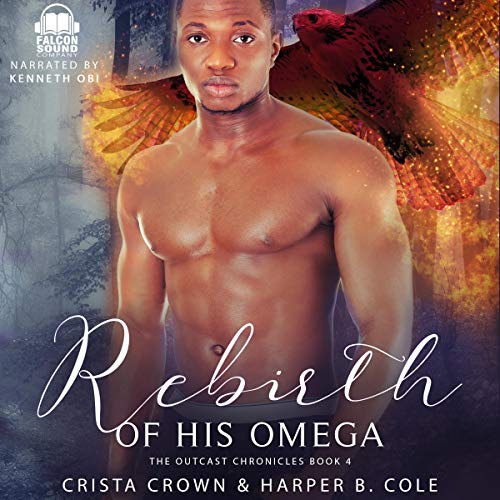 Rebirth of His Omega

Rebirth of His Omega

Ryan lost his family to a fire when he was young, and it's haunted him ever since, especially while chasing the arsonist who has been kidnapping gifted shifter kids. Now that they've captured the man and his phoenix accomplice and rescued the kids, Ryan thinks maybe life will be able to get back to normal....

But when the phoenix, a creature born of fire, turns out to be Ryan's true mate, life becomes suddenly even more complicated.

Phoenix is horrified when his memories return to him and he realizes the pain and suffering he has caused in his new life. His true mate wants nothing to do with him, but he's determined to hold on to his mate no matter what. He's never lost his chance with him in any other life, he's certainly not going to start now.

Rebirth of His Omega is a novella featuring a lion with a fear of fire and the phoenix who has loved him for many lifetimes. It is the fourth audiobook in the Outcast Chronicles, and it is recommended to listen to them in order for maximum enjoyment. This audiobook contains mpreg, knotting, and too many kids for our lion to handle. Trigger warning for past infertility.